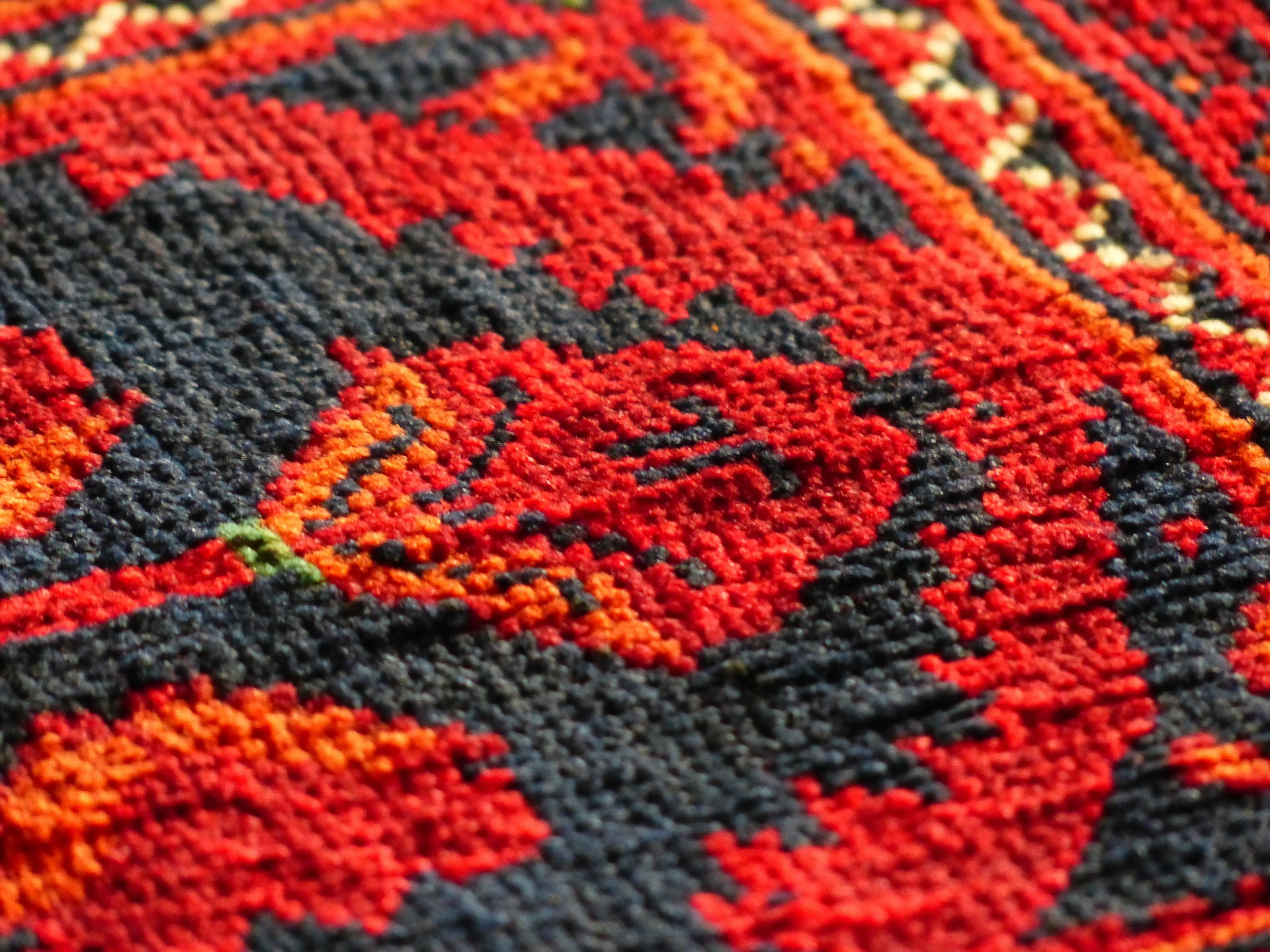 The carpet has always been an essential element in human life; in fact, the practice of using wool dates back to several millennia ago and seems to connect to the regions of Siberia, China and Iran used as an ornament or as a blanket in the colder months. In Morocco, in the imperial cities and in the Berber regions, the carpet has become an art craft that only the wealthy could afford, becoming a symbol of luxury and high social status. With the passage of time, however, the carpet will be spread in all houses including even the most modest.

In Morocco the trade of carpets has developed into:

The art of Berber weaving is the traditional rural art practiced by nomadic or semi-nomadic women, coming from three great tribes: Masmouda, Zénètes and Sanhadja. Each tribe during its history and its wanderings has developed a particular aesthetic and technical style in the weaving of carpets, becoming the symbol of these tribes, for their simplicity, rusticity and sobriety, but also their liveliness.

Unlike oriental carpets, Berber carpets do not use a pattern and are based on the unique inspiration of the woman who makes them, making each rug unique.

In the past, Berber women dyed wool, used to make carpets, by themselves using vegetable and mineral products; tradition requires that the weaver, who had to perform the operation of dyeing, have to purify performing a ritual bath.

The decorative motifs used are also linked to the spirit of coexistence and tolerance that has always existed in these Berber tribes, with people of different convictions and civilizations (Muslims, Jews, Berbers, Christians). In addition to the classic geometric patterns, are added floral designs or animals, figures that represent the natural environment, the sun, the moon, the stars.

As for the signs and shapes drawn on carpets are a semiological language in all respects: figures, architectural motifs, landscapes, animals and geometric shapes such as triangle, square, diamond and zigzag. For example, a double hook diamond is one of the most common birth symbols. The teapot profile, often at the center of the carpet, refers to the hospitality and friendliness of the Berber tradition. The butterflies represented by two triangles but also flowers and stars represent the feminine beauty. A zigzag line often surrounds the carpet and represents rivers, snakes or family. The Berber cross is often found at the center of the carpet and recalls the architecture of the Kasbahs.

The weaving of the carpet is accompanied by a series of rituals and practices, in fact, the wool is treated with care and worked with rituals that are handed down from generation to generation. After shearing, the wool is left in an inconspicuous corner of the house. The day before the dye operation, women expose the different wool baths to starlight to drive away the forces of evil and then hide it in an isolated place.

It’s an art that is still being transmitted, even today, from mother to daughter. It is not a simple craft product, it is a centuries-old tradition linked to the geographical and socio-cultural context of the region, transmitting a lifestyle and thought translated into colors and images.

THE PRODUCTION OF ARGAN OIL

Updated news directly from Brussels Our Brussels desk is committed to providing all the detailed in ...