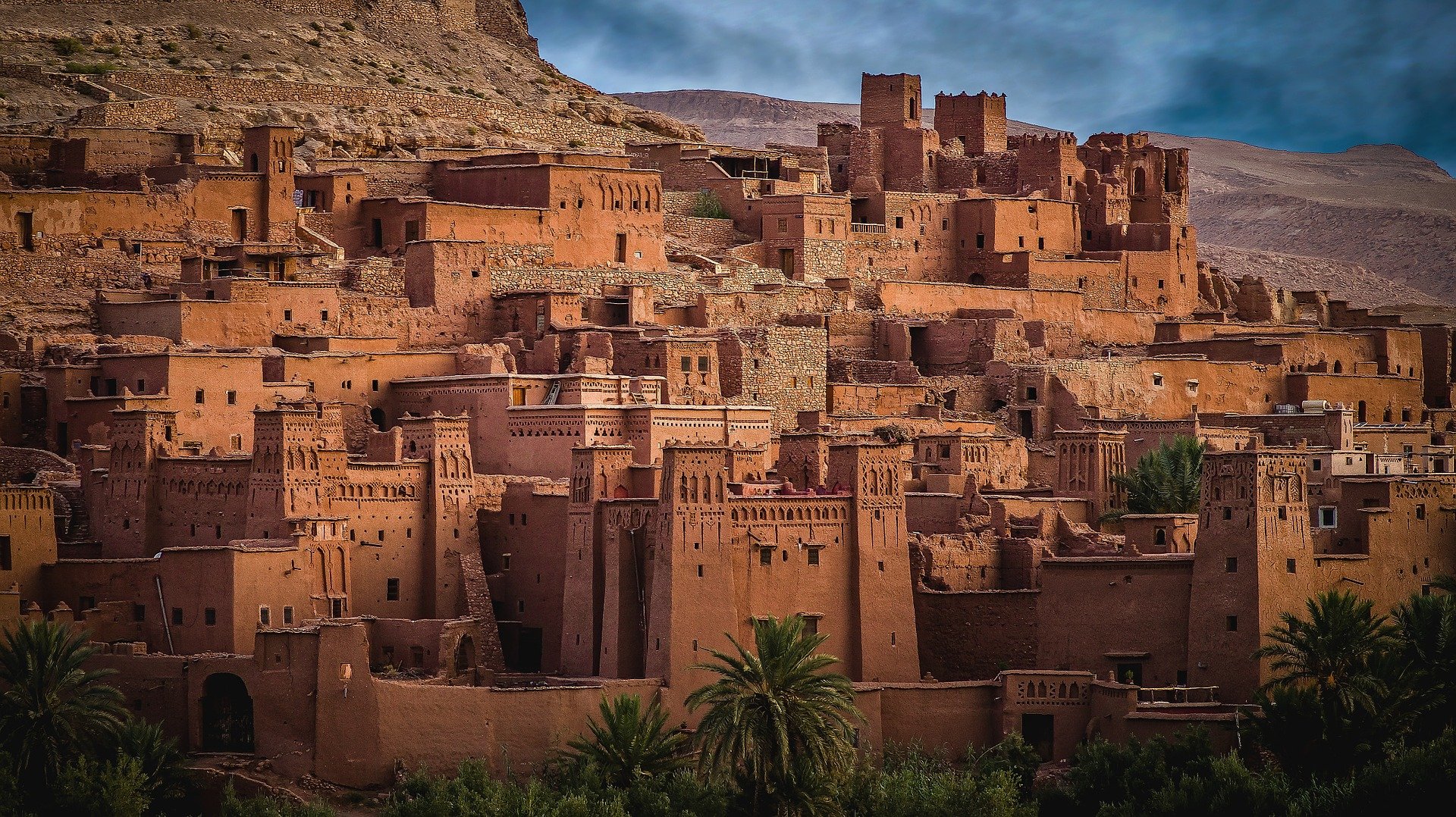 The term Maghreb comes from Arabic which literally means where the sun sets (the name Morocco is even more explicit as it comes from Al-Maghrib Al-Aqsa, sunset), this term designates all the countries of North Africa corresponding to the western part of the Arab world and are precisely: Morocco, Algeria, Tunisia, Libya and Mauritania. It is a region of great strategic importance, thanks to its geographical position between sea and desert that connect it with the rest of Africa, Europe and the Mashrek (Middle East thanks to Libya).

The word Maghreb (“Sunset”) is opposed to the word Mashrek, meaning “Levant” or “where the sun rises”. In principle, the Mashreq includes only the territories of states that do not belong to the Maghreb or the Arabian peninsula, which would correspond only to Iraq, Syria, Lebanon, , Jordan, Palestine and Kuwait. However, in its most global sense, the Mashreq would also include Egypt, Sudan (North) and Djibouti, as well as the states of the Arabian Peninsula (or Gulf): Saudi Arabia, Yemen, Oman, Qatar, United Arab Emirates, Kuwait and Bahrain.

Under these conditions, the Maghreb and the Mashreq would form a large Arab-Muslim group, bringing together almost all Arab speakers in the world, not necessarily of Islamic religion.

All five countries that make up the Maghreb retain their cultural and social identity; in fact, their population is mainly of Berber origin becoming less and less due to the Arab invasions. Therefore, most Berbers are “Arabized”, but a good part of them still retains their language and customs, especially in the mountains of Morocco (Rif and Atlas) and Algeria (Kabylie and Aurès) as well as the arid deserts of the south.

The Maghreb countries remained generally divided. Sometimes the foreign powers united them by subduing them: the Romans, the various Muslim caliphates, the Turks and finally the French. Undoubtedly the Ottoman Empire has never included Morocco and France has left the future Libya to Italy and the Moroccan Rif to Spain. These external powers, however, have helped to create powerful links between these different territories, so that on 17 February 1989 in Marrakesh was born the Union of the Arab Maghreb (UMA, the political union that brings together the five African countries: Morocco, Algeria, Tunisia, Libya and Mauritania).

Since the birth of UMA it has been very active in promoting a greater development of infrastructure and logistics connections in the region, relaunching in 2019 the project of the trans-Maghreb railway network. In addition, the organization is also committed to developing inclusive projects such as: African Free Trade Treaty (AFCTA), to facilitate the integration of the Maghreb, being an “isolated” region, with the rest of the African continent (African Union with which it currently has mainly institutional relations).

However, the Maghreb countries are still looking for a better development model because their economies are in a situation of external dependence, both for imports (particularly agricultural imports) and for exports (in hydrocarbons). Today, extreme poverty is decreasing throughout the Maghreb, but large sections of the population risk falling back into poverty, while unemployment is particularly different among young people and remains a major challenge. Beyond this general picture, the level of poverty and unemployment varies according to age, gender and territory.

Therefore, Algeria is suffering greatly from the fall in oil prices, with 10% of the population living in a precarious situation and at risk of falling below the poverty line. A reality that also refers to the territorial disparities experienced by Country.

The situation in Libya is more alarming given the consequences of insecurity and political instability on oil production, which is almost the only source of income in the country. This potentially rich country is witnessing a growing segment of its population living in poverty with 1.3 million people living in food insecurity, the World Bank stresses that “more than a third of the population would need humanitarian aid”.

While economic growth in Morocco has reduced the poverty rate (from 8.9% 4.2% in recent years), the unemployment rate remains high among urban youth (38.8%) and inequalities remain evident in this country where 19% of the rural population is still living in poverty or at risk of falling into poverty.

Finally, in Tunisia, the World Bank’s projections indicate that poverty has increased since the 2011 revolution, before returning to the previous level in 2012. The extreme poverty rate remained at 1.9% in the period 2013-2016, but the report indicates a slight decrease in moderate poverty (from 8.3% in 2013 to 7.9% in 2015). The fact remains that unemployment continues to reach worrying levels, with 22% among women and 31.8% among young people (31.2% among young graduates). So that the young people of the Maghreb can hope in their future, States have no other solution than to facilitate equal access to economic opportunities.

MATE History The tradition of preparing mate was learned by the Spanish colonisers from the G ...