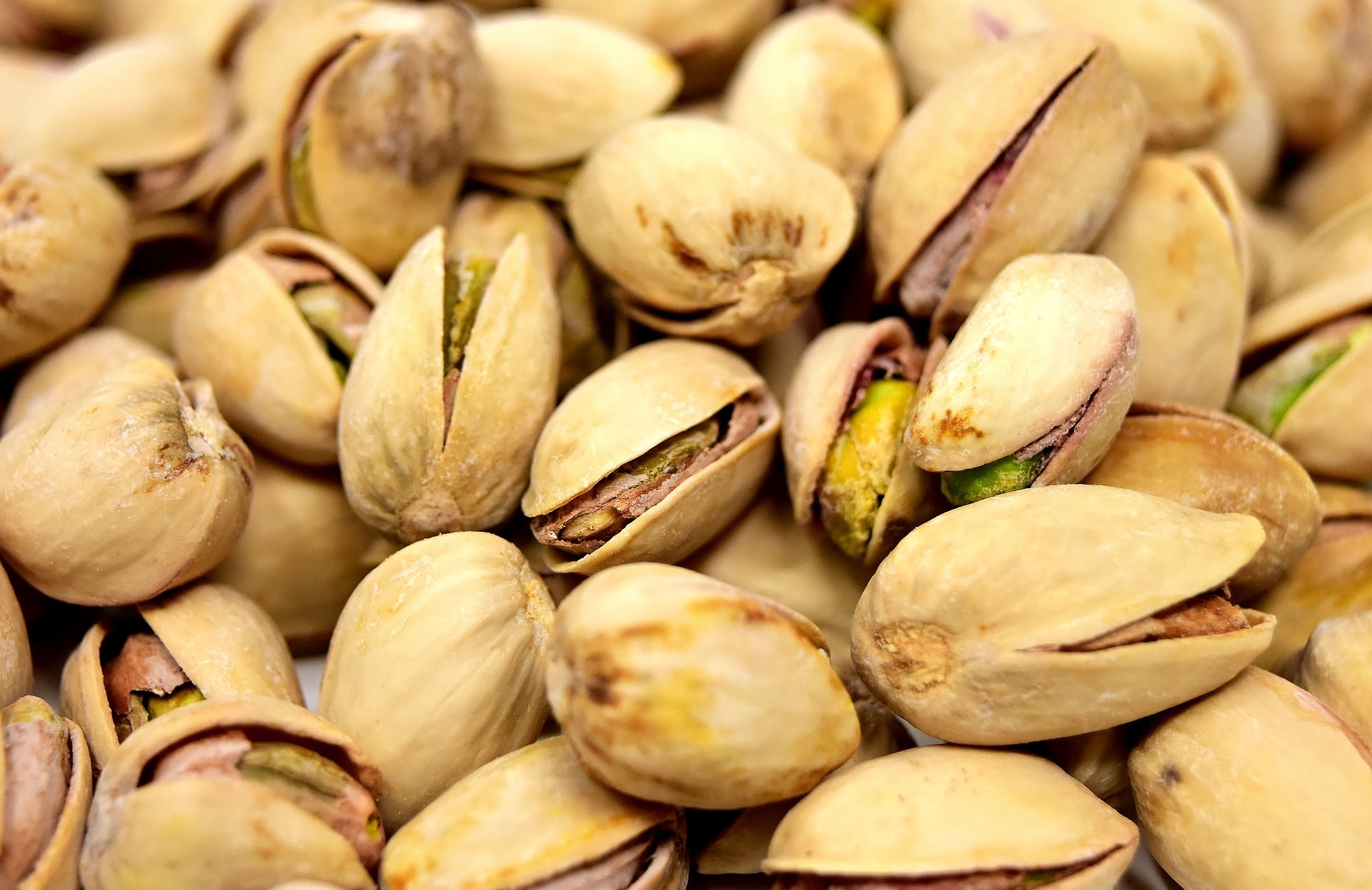 The Pistachio (from the Greek Pistàkion) is a plant native to the Mediterranean basin (Persia, Turkey) and in the III sec. BC, the pistachio was known to the Greeks as an aphrodisiac, for its healing principles and as an antidote against the venom of animals.

The pistachio is characterized by an emerald green color, an exceptional taste and aroma and is very sought after and used in pastry and gastronomy.

The pistachio tree, also called Pistacia Vera, apparently to the family of Anacardiaceae, very old and was in fact already cultivated in the Middle East, in prehistoric times. The tree can reach a height of 12 meters and live from 200 to 300 years. It is grown all over the world, but the largest exports internationally are in the Middle East (Iran, Turkey, Syria), California and China. In Italy there has been for a long time a particular cultivation of pistachio, which has created a niche of connoisseurs and enthusiasts of this particular type of pistachio: the pistachios of Bronte, on the slopes of the volcano Etna, which exports from Sicily all over the world, with the PDO mark (of protected origin) the famous green pistachio of Bronte.

The pistachio tree is resistant to drought and cold; it has deep roots, a short trunk and twisted branches, with yellow-reddish bark that becomes grey when the plant is adult. The pistachio produces fruits, drupes, with pearly leathery skin, containing characteristic seeds with violet red pericardium and emerald green almond.

The pistachio is usually harvested every two years and is harvested in odd-numbered years, between the end of August and the beginning of September. Each plant produces 5 to 15 kilograms of tignosella (so called the smallest fruit and dried) with maximum peaks of 20-30 kg.

100 grams of peeled pistachios equals about 600 kilocalories; in fact, it consists of lipids (about 83%), proteins (about 12%), carbohydrates (about 5%). It is therefore formed by water, proteins, carbohydrates, fibres, sugars and starch; among the minerals present, calcium, phosphorus, potassium, iron, zinc, magnesium, fluorine, copper. Pistachio is also a food rich in vitamins A, B1, B2, B3, B5, B6, C and E.

Pistachio has many beneficial properties and therapeutic properties, as well as nutritional. Pistachio, in fact, favors:

Finally, the World Health Organization recommends 30 g of pistachios a day, maybe as a snack.

European Funds for Catalonia and Spain

Areas of interventionThe instruments available in the framework of EU cooperation with third countri ...