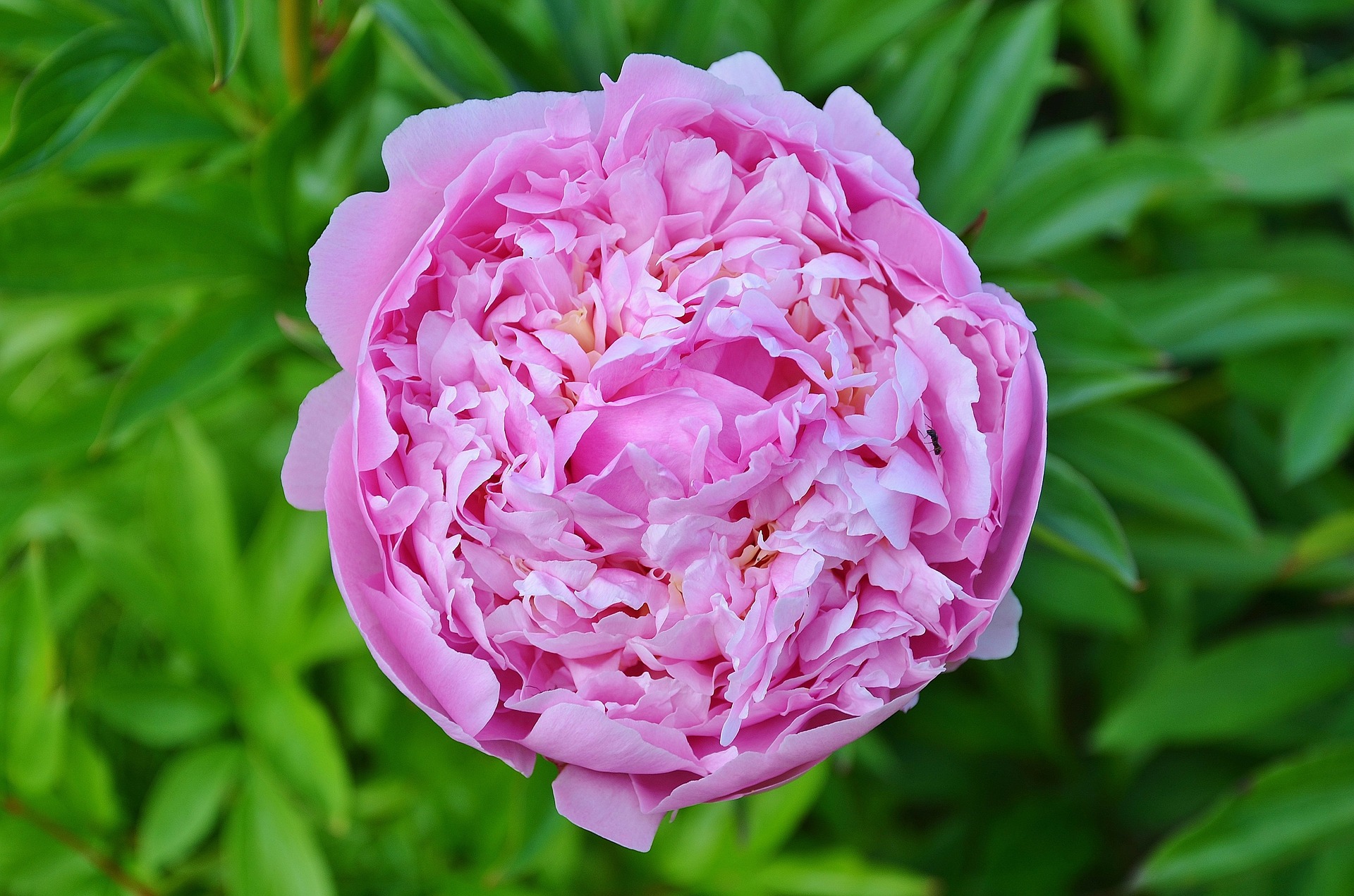 In the heart of Bulgaria, in the hollow between the mountain ranges of Stara Planina and Sredna Gora, there is an enchanted valley where every year, around the third week of May and for the following three to four weeks, beautiful roses bloom and the days are filled with intense colours and scents. This is the Valley of Roses, an area that stretches roughly between Karlovo and Kazanlak, where the largest quantity of Damask Rose in the world is cultivated. It is said that 85% of the world’s production of rose extract comes from this area. The humidity, soil and rainfall in this area contribute to the cultivation of roses with the highest percentage of oil in the petals ever.

Bulgarian rose oil is of high quality thanks to the technology used in its production and is therefore one of the world’s favourite essential oils for perfumeries. It has won several gold medals at trade fairs in Paris, London, Antverpen, Philadelphia and Milan. It has two important properties that no other rose oil has: it gives a particularly pleasant aroma to cosmetic products and it prolongs the durability and resistance of products over time.

The Perfumer’s Rose has many synonyms and they are all widely used: it is called the Damask Rose to indicate that it belongs to the Damask rose family, Rosa Trigintipetala because of the number of petals that characterise it (30), Rosa Kazanlik, because it comes from the Bulgarian area of Kazanlak, Rosa Bifera Officinalis or simply Bulgarian Rose.

The power contained within this rose is enormous. Because of its precious nature, Damask Rose oil is also called “liquid gold” and is said to be three times more expensive than gold. It is light yellow/transparent, has a consistency similar to that of almond oil and has a strong balsamic scent and taste.

Rose essential oil can improve the health of skin and hair, being rich in omega-3 and vitamin A. It is suitable for all skin types, with therapeutic effects that reduce redness on oily and acne-prone skin and calms even the most sensitive skin as it nourishes and soothes eczema, dermatitis and skin infections. Astringent and invigorating, it can regenerate mature skin, preventing and even delaying the signs of ageing.

Petal powder also has a positive effect on the psyche; it brings joy and banishes negative thoughts, balancing negative emotions caused by anger, jealousy and stress. The scent of the essence is a wonderful psychological and physical support in pregnancy, excellent for accompanying women during childbirth and welcoming the new arrival with gentleness and love. It is a very powerful aphrodisiac and has been used for centuries by lovers because of its very sensual, hypnotic and intoxicating fragrance. In menopause it helps to soothe sadness and depression. It also has a positive effect on a woman’s hormonal state, especially during the premenstrual period.

In addition to cosmetics, the Bulgarian rose is also used in medicine, as the flower’s products have an anti-inflammatory effect and suppress the development of pathogens. Popular medicine recommends the use of rose water for eye wash, burns, eczema and inflammation of the oral cavity. The therapeutic effect of rose essence in cases of gallbladder inflammation and gallstones has been clinically proven. It has been verified that, following the administration of rose essence, the gallstones break up and the gallbladder inflammation disappears.

Chinese researchers published the results of a study conducted in 2010 in which they found that Damask Rose oil developed very strong antibacterial activity even compared to other oils reputed to be excellent antibacterial agents.

According to a 2010 article, German scientists found that when rose oil is added to a skin product, the result is intense and extraordinary, as the essential oil helps open up the pores so that all the other active ingredients in the product can be better absorbed.

It is a very useful oil in the treatment of muscle spasms, cramps and contractures.

Harvesting of the roses is done manually; it starts as soon as the flowers begin to open and continues until all the roses have been pruned. It starts at dawn, when the oil yield is at its highest, and is finished by 10 am while the dew is still on the roses. The dew, in fact, preserves the oil of the roses and its role is crucial in extracting the oil from the plant.

Once the flowers have been picked, they are placed in baskets and then transferred in sacks to the distillery.

While the pickers do the pruning, other workers transfer the flowers from the baskets to sacks where the petals are weighed. The harvested flowers begin to deteriorate immediately after pruning, as the precious oil they contain begins to evaporate soon after sunrise due to the heat. Each sack weighs about 25 kg and when full is immediately transported to the distillery.

In Bulgaria, until the early 20th century, almost all rose oil was distilled by farmers directly in the fields, using mobile distillers. Although such a method now seems rather primitive, the yield of this type of production was about 1 kg of oil for every 2,500 to 3,000 kilos of rose petals.

In the distillation plants that are used today, the roses are boiled in steel silos. The petals cannot be distilled directly by injecting steam, because they would compact and form a large mass that the steam cannot penetrate. During distillation, a large amount of oil is absorbed by the distilled water, which is called ‘the first water’. The rose oil must be recovered from this water to achieve an acceptable yield, which is achieved by re-distilling the water to extract the oil.

Distillation relies on evaporation to separate the solid and volatile elements. When the rose petals are boiled, steam extracts the volatile elements and is channelled into a distillation column, where it cools. This process leads to the separation of the water from the oil, which is collected in a ‘fiasco alla fiorentina’, a glass container in the shape of a still.

The yield depends on many variables: the climate, the time of harvest, the condition of the flowers and the method of distillation. Towards the middle of the harvest period the yield is higher than at the beginning, and a mild climate results in a further increase in the amount of oil produced. On average, with modern distillation processes, 3500 kilos of Damask Rose flowers are needed to obtain 1 kg/1 L of oil. In extremely favourable conditions, only 2,600 kilos of roses may be needed to produce that kilogram, while in the worst conditions, with dry heat, it takes up to 8,000 kilos of flowers to produce the same amount of oil.

In addition to oil, the rose is used to make various natural products such as honey, jam, grappa, liqueurs and rose water. The latter in particular is used in the food and cosmetics industry.

The most prestigious cultivation in Bulgaria is that of the Denita company of Vassil and Donka Popov. Their rose fields cover 15 hectares in the Tarnichane area 20 kilometres from Kazanlak.

THE VALLEY OF ROSES AND ITS FESTIVAL

On the first Sunday in June, Kazanlak hosts the Rose Festival, which attracts thousands of curious visitors. Visitors to the valley will be incredibly surprised by unusual images: they will meet, as in a fairy tale, the queen of roses, chosen by a popular jury from among the most beautiful in the country. They will be attracted by particularly atmospheric folk dances, be inebriated by intense fragrances, rejoice to the sound of Bulgarian folk music and enjoy Bulgarian folklore in all its forms. It will be a unique event, in which the colours of roses, dances, embroidered fabrics on costumes, the joy of the Bulgarian people, the flavours of gastronomy will intertwine, creating a truly fascinating atmosphere. The Festival has been organised annually since 1903 in Kazanlak. It celebrates the deep connection with the Damask Rose, which brings oil and all the gifts it has blessed the Valley of Roses with for centuries. Cultural, dance, musical, artistic, social and sporting events are planned. In addition to all the events specially organised for the festival, the Valley of Roses holds hidden gems such as the Valley of the Thracian Kings, where hundreds of Thracian tombs, shrines and treasures have been discovered.

In addition, the beauty of nature and places of national importance such as the Shipka Monastery, the Shipka Monument and Museum and the Communist Monument on Buzludza Peak are within easy reach of history and tourism enthusiasts. Also worth visiting is the Rose Museum in Rosarium Park.

THE CULTIVATION OF RED GOLD: SAFFRON