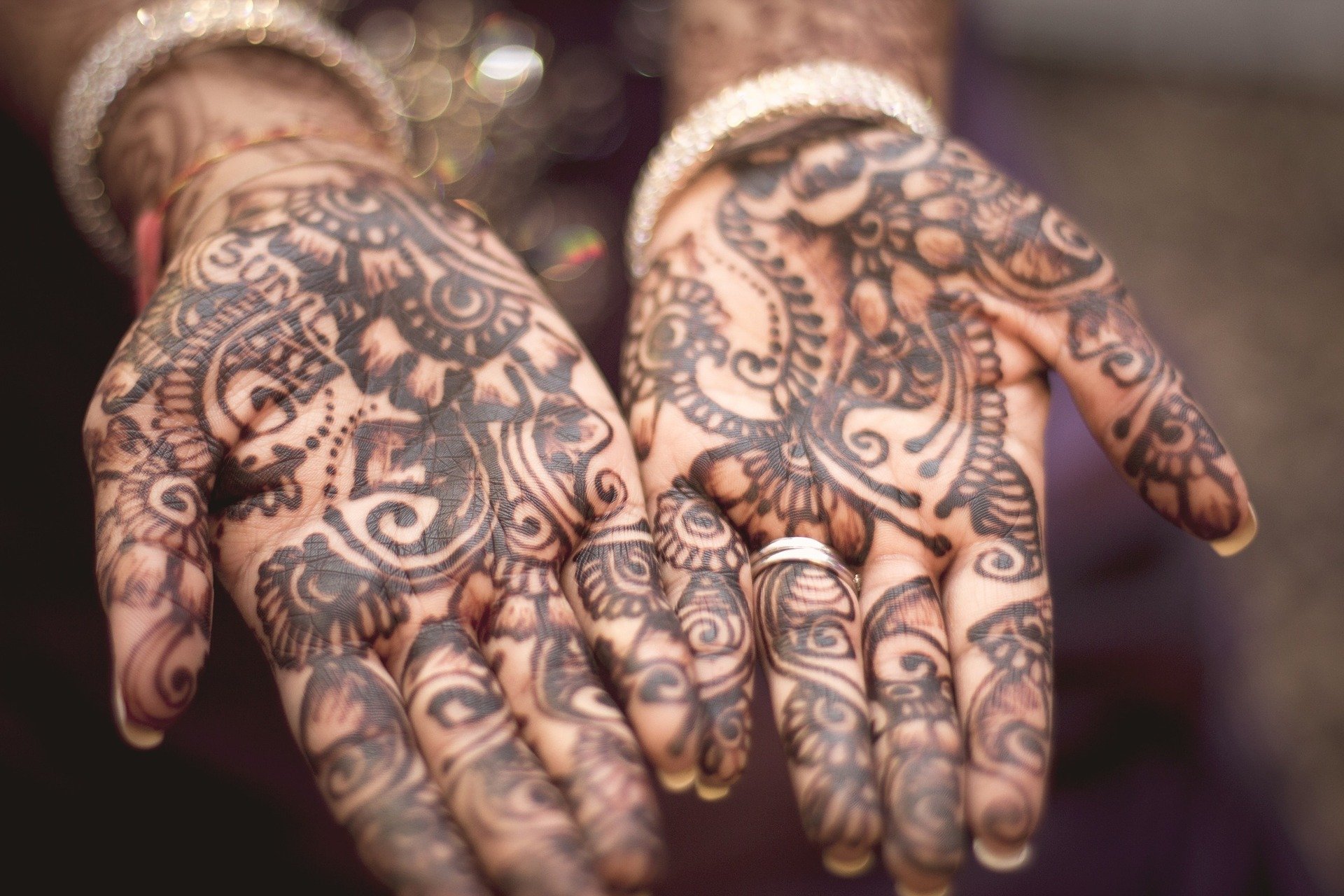 Henna is obtained from the Lawsonia Inermis, belonging to the family of the Lythraceae, a plant that grows high and luxuriant in zones from the warm and dry climate, such as Africa, Middle East and India. In Morocco, it is mainly found in the Azemmour region.

Henna has been used for a long time in the Middle East, already the Egyptians used it to color the nails, hair, feet and hands of mummies before burial. Archaeologists have brought to light texts dating back more than two millennia that describe the use of henna in cosmetics. His flower would have been, according to some texts, the preferred plant of Muhammad. For this reason it is widely used in Muslim religious rites, especially at the time of marriage, as a tattoo on women’s hands.

It is a dye of plant origin obtained from the drying of the leaves of the plant. Henna acquires different characteristics depending on the climate and the soil and each harvest is unique and different from the others. The percentage of lawsone contained in the leaves ranges from 1% to 5% and the higher the amount of pigment, the darker and more intense will be the color obtained.

Used for thousands of years for hair coloring and body painting; the leaves are dried and then ground, in fact, is marketed as a powder to be prepared as a paste.

The dye pigment, the Lawsone, can dye the hair copper, light red or mahogany, depending on individual variables such as the initial color and keratin structure, but also based on the type of henna that is used.

Instead, henna tattoos are temporary tattoos, as pigments are applied to the skin and disappear after a few weeks.

Today there are three types of henna:

Henna is used in most family celebrations and religious ceremonies; used as a true traditional ritual. It is commonly applied on the hands and feet of the bride-to-be during the wedding ceremony.

In fact, a week before the wedding, a women’s evening is organized, in which the bride is veiled and dressed in a Moroccan dress, Kaftan, green color that recalls the color of henna itself, is “tattooed” hands and feet by a professional, a Nekacha to prepare her for her wedding night.

This is because henna tattoo designs are full of symbolism, for example:

In addition, it is popular in Morocco for its medicinal properties, such as poultice on the hair to strengthen them and to protect the nails. The motivations are therefore as much medicinal as aesthetic, but one thing is certain: henna tattoos transmit many messages.